One day you finally knew

what you had to do, and began,

though the voices around you

though the whole house

and you felt the old tug

But you didn’t stop.

You knew what you had to do,

though the wind pried

with its stiff fingers

at the very foundations,

It was already late

enough, and a wild night,

and the road full of fallen

But little by little,

as you left their voices behind,

the stars began to burn

through the sheets of clouds,

and there was a new voice

recognized as your own,

that kept you company

as you strode deeper and deeper

the only thing you could do–

the only life you could save.

This poem by Nobel Prize winning poet Mary Oliver is a wonderful metaphor for the journey of transformation. She speaks about the bravery inherent in leaving behind an old way of being in the world. Viewed through a Jungian lens this poem can easily be talking about the process of individuation. 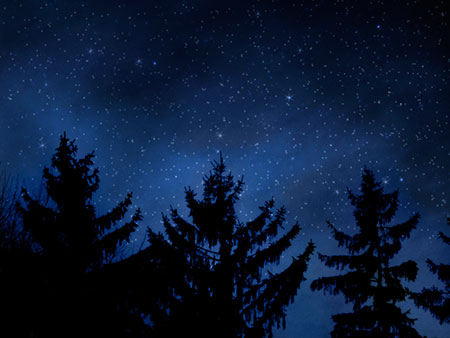 The voices tugging at the ankles can be seen as the voice of the ego, giving bad advice about how to live our lives and coming from a limited, material or collective perspective that values conformity. The voices could also indeed belong to others in our life who we maybe have outgrown or are needing to leave behind because we sense a pull to be different or make some important changes that are incompatible with the way we were and some of the people in our lives. The process of individuation, of making conscious unconscious elements of the personality in the service of the Self in order to become more whole and authentic a person, causes an internal shift to take place. This shift often triggers an inevitable external shift of environment, circumstances and people in our life.
The imagery of the house being shaken and threatened with destruction can also be representing the old psychological place where the individual is ‘living,’ ie., ways of thinking about life. This psychological house most usually indeed needs to be torn down and rebuilt, or at least left behind as occurs in this poem.

Often the individuation process feels threatening to the person experiencing it. There can often be a feeling of lacking or losing control as indeed one, to a certain extent, surrenders control and known reality for the unknown and for what emerges from the unconscious. These elements often have a foreign feeling by virtue of their unconscious nature.

This is where the archetypes begin to appear in dreams or fantasies, most commonly starting with the shadow. The shadow is the repressed aspects of the personality. Both positive and negative traits are found within it. Confronting and integrating the shadow is often an initial and fundamental task of the individuation process, to take back our negative traits and tendencies that we often project onto others and to rescue the parts of ourselves that we have banished due to often false beliefs about their inferiority or irrelevance.

Other archetypes will also begin to appear such as the anima or animus, the wise old man or old woman, the trickster etc. These figures each represent aspects of the personality common to all people throughout history, although their appearance, expression and messages will be unique and tailored to the individual.

Similar to Elizabeth Kubler Ross’s Stages of Grief not being linear, the appearance of the archetypes is not linear. We are never really done with our shadow work (sorry if this is a great disappointment) similarly we are never fully individuated. This is a life-long process with varying degrees of success. There are typically great leaps that can occur within the context of a relatively brief amount of time however, and a person can arrive at a place where the work can feel more like maintenance of progress. A more individuated person often has a palpable sense of self possession, is creative and embraces challenges and opportunities in life. Not necessarily successful in our Western definition of money, power and influence, these individuals nonetheless embody the true definition of success as defined by individuation. They have confronted and accepted the unsavory aspects of themselves, dealt with maladaptive tendencies and patterns, learned to recognize and act on synchronicities and are typically engaged in life with a sense of vitality that comes from being and doing what you are uniquely here on this earth to be and do. Even for people who have done a lot of individuation work however, inevitably life comes in and provides fresh challenges and the unfathomable depths of the unconscious are there to provide fresh grist for the mill of the individual’s development. Far from lamenting this, we can view this as the potential to delve ever deeper into Self-mastery. But more about the archetype of the Self later.

The part of the poem referencing the concept of “it was already late enough” can correspond to the fact that the stirrings of the soul calling us to individuate can often begin around mid-life and there can be a feeling of being behind in some way or needing to reinvent ourselves. This urge however can take place to varying extents at different times in our lives not strictly at midlife. Any transition or significant life event can create the need and opportunity for radical change. Symptoms related to depression, anxiety, substance abuse, etc can all arise as a way of calling our attentions to the need for change. Because we so often resist change, for some people these symptoms can worsen or persist. Regardless of a person’s chronological age, the feeling of being late or a sense of urgency sometimes born out of a crisis can accompany or herald the individuation process. 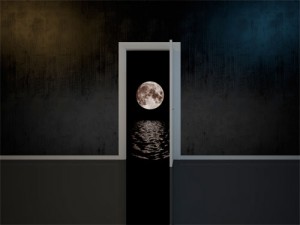 The “wildness” of the night again corresponds to the sense of crisis and attendant qualities of the unknown, uncharted territory being embarked upon. Here the poem takes on the quality of dangerous excitement. The barriers in the road are natural elements, stones, branches and the like. The barriers to the individuation process are more often than not internal barriers that we erect ourselves or that have already been present for a long time, whether conscious or unconscious. These barriers on the road of our individual journey can be the ego position, fear of the unknown, fear of change and failure. What is important to remember is that these barriers are natural and as such overcoming them can be seen as a part of the process that everyone must work at.

As these barriers are overcome and the depths of the unconscious are confronted and plumbed, elements of the treasure within, the Self can be glimpsed and encountered with more frequency. The stars that “burn through the clouds” can be the archetypes of the wise old man or woman, or an encounter with the Self. Regardless, these experiences often resonate as “big dreams.” This term captures the healing, teleological, hopeful aspects of the individuation process.

and there was a new voice which you slowly recognized as your own,

The above quote highlights the new voice, the voice of the Self, the voice of the more individuated personality. The Self is defined as the goal of the individuation process. This is the totality of the individual that includes and goes beyond the individual ego. It takes into account the infinite and the concept of the cosmic connection of all things, the ego and the spiritual aspects. As one works their process, they begin to be able to discern the Self from the Ego which is not as simple as it may sound. As Jung has said, the individuation process is always a defeat for the ego. As such, we often struggle and deceive ourselves into believing that an ego drive that must be overcome is in fact a part of our individuation process. Luckily, the unconscious will intervene time and again if necessary, until the accurate message is received. This does however require diligent work on the part of the individual. This can also be where the assistance of the neutral third (the therapist) can be beneficial to help “burn through the clouds” so to speak.

The end result as promised by the poem is the saving of the life of the individual. And as the sometimes maddening therapeutic adage goes “The only person you can change is yourself.” Rather than bemoan this however, we benefit from realizing that this change of the self that represents the saving of our life via its transformation, truly is all that is necessary, and if we can do it to whatever extent possible with effort, diligence, humility and a good dose of humor and most of all a sense of adventure, it is indeed a life work to be proud of.